Kryssa Marie Bowman is a miracle worker! I've only had one session with her... and it was truly the most transformational and most incredible experience ever!

I absolutely loved my session with you, Kryssa Marie Bowman! You are an incredibly gifted, talented and inspiring therapist! Thank you very much! 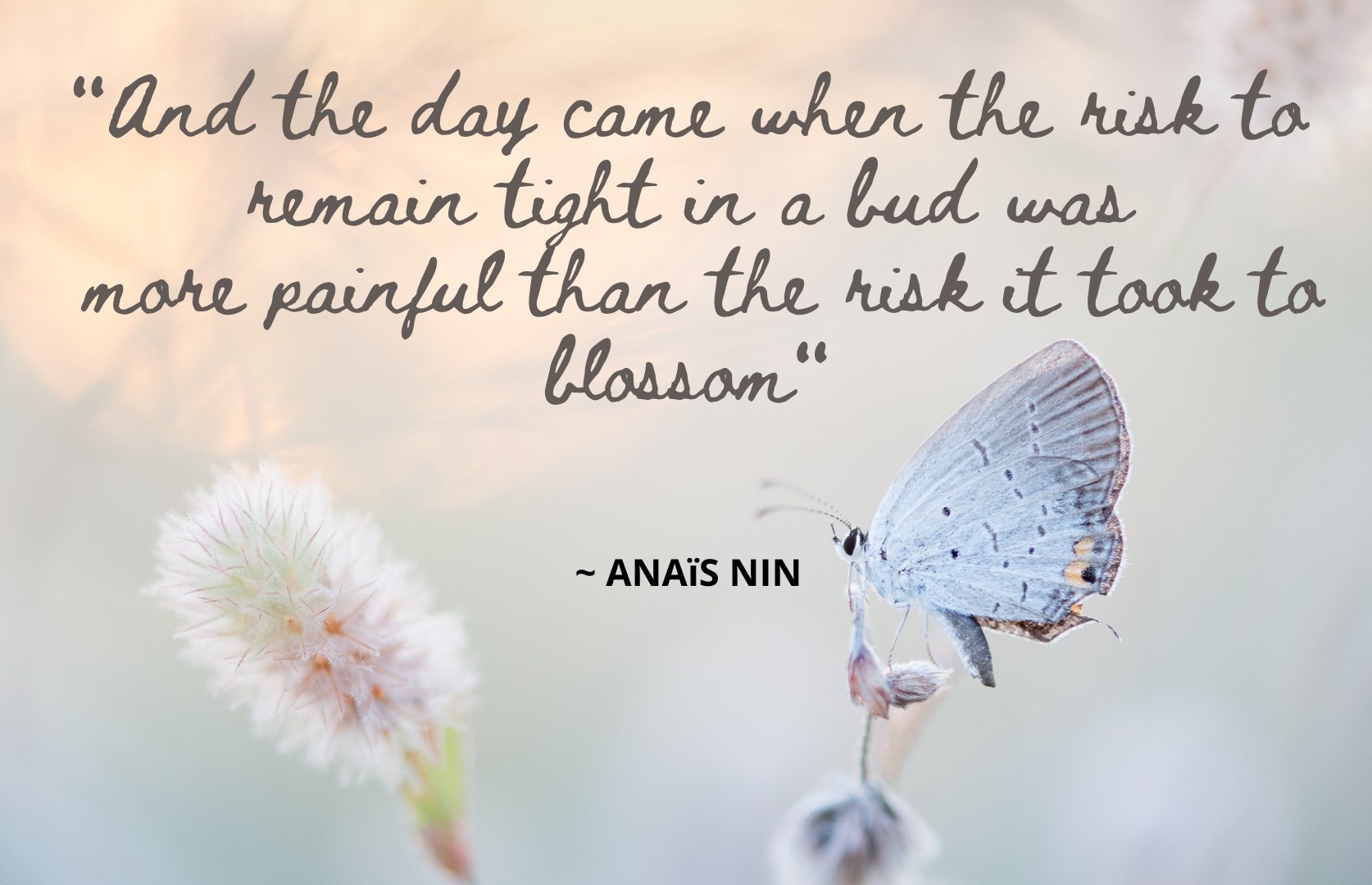 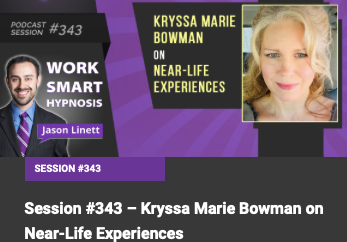 At some point or another, you’ve met someone that just seemed so familiar, as if you’d known them all your life.  You feel your love for each other must be destined, written in the stars and you’re giddy with all of the commonalities and seemingly magical connections and coincidences the two of you share when you’re together.  As you might have guessed by now, I’m going to tell you that the reason this person seems so familiar to you is because, well...they are.  In some or many ways, they are just like one of your parents, or guardian(s)/caretaker(s) who raised you…but chances are, and this part may come as a surprise, it isn’t the parent/caretaker you were closest to.  It’s the one you found the most challenging.

In my practice as a hypnotherapist, I have helped navigate many individuals through unhealthy relationships only to discover that they go and find another partner that is almost the mirror image of the previous one, if not physically then for sure psychologically.  And then the cycle would begin again.  About 90% of the time, the patient believes themself to be the cause of the problems in these unhealthy relationships cycles, because they notice the same toxic patterns emerge time after time after time but with different partners.  So, of course they think it must be their fault!  (The other 10% tend to blame everyone else for their problems and wouldn’t notice even if it was their fault because they are somewhere on the narcissism spectrum—but this article isn’t for them).

What if I told you that the reason you’re choosing these partners that seem so similar to each other as well as to one of your parents or caretaker(s) is because your subconscious mind is trying to create resolution and closure in order to finally move you past these toxic cycles by recreating their origins?

Let’s say your parent/guardian withheld love from you as a form of punishment, gave you the silent treatment and just generally made sure you felt inferior.  Then you grow up and choose a partner who seems so incredible, so amazing, so ‘meant for you’ right up until the first big conflict, and then suddenly that person isn’t speaking to you.  You get over it, all is well, but pretty soon that person starts belittling and demeaning you in subtle ways.  If you accept it, all is well for a while, but if you address it, your partner begins withholding affection.  You begin to feel unloveable.

Or, let’s say your parent/guardian never made time for you.  He promised he’d be there for your big game or recital over and over, and then didn’t show.  You could tell he was only pretending to be interested in whatever you were saying, because his “Uh huh” and “Mm” began to ring hollow.  You felt unimportant and unworthy of attention.  Then you grow up and find a partner who gives you all of the attention you could ever want and it feels amazing, right up until something else captures their attention, and then that shiny new thing upstages you and you once again feel unimportant and unworthy.

In both of these hypothetical scenarios, not only does the partner seem familiar and share similarities with your parent/caretaker, but the WAY YOU FEEL is also eerily familiar…because it’s exactly how you felt when you were 4 years old, or maybe 5 or 8 or 11 years old.  Your subconscious mind “tricked” you into being attracted to, as well as attracting, partners who would provide the greatest opportunity to grow out of those painful feelings you had as a young child.  (And yes, pretty much all young children feel these painful feelings at some point or another regardless of how amazing they parents were…it’s just part of the wiring of a child’s brain.)

In other words, if you could somehow just get your partner to stop giving you the silent treatment, and instead give you constant affection and praise, then it would heal all of those old wounds, or so your subconscious mind thinks.  Or, if you could get that partner to prioritize you over all others, listen intently to everything that comes out of your mouth and show up for you whenever you expect, then you would finally feel loved and worthy, right?  Well, no.  Not exactly. *sigh*

Your subconscious mind came up with these rather inventive ways of trying to get you the resolution and closure you need long before you were actually old enough to even consider having an intimate partner. Your 4 year, or 7, or whatever year-old young child brain thought to itself, “Just wait until I grow up! I’ll never be ignored again!”, or “I’ll show them!  When I grow up everyone will love me!”, or something to that effect.  And it stuck.  For a long, long time.  Some of us longer than others. (I didn’t figure this put until I was 50. Yikes!!!)

And let’s face it, unhealthy and imbalanced relationships, which these are because that’s just all that old wiring that needs to be resolved, don’t tend to be healing.  Not immediately, anyway.  Later, maybe, once you’re able to gain some time, distance, clarity and self-awareness…but in the present, they actually tend to re-injure us by reinforcing those painful and misguided beliefs we formed about ourselves when we were just little kids.

So, what’s the solution, you ask?  We have to talk directly to the part of our subconscious mind that holds these toxic, painful, limiting beliefs and we have to create that resolution and closure for ourselves.  Once that’s done, we need to reinstall new, healthy beliefs.  If there’s one thing I learn every single day as a hypnotherapist, it’s that whatever can be learned can also be unlearned and whatever can be placed can also be replaced. And sure, hypnotherapy is one method of tapping directly into your subconscious mind, but it’s certainly not the only method.  There’s meditation, different types of energy healers, as well as art and music therapies. Whatever method you choose, and I’m sure there are many more than just the few I’ve mentioned here, the important thing is to do this on your own, rather than expect your partner to heal you.  And whether you work through all of this and have the most amazing, fulfilling relationship with your current partner, or you find yourself single again, you'll know that your relationship choices and decisions from here on out will be yours, and not the remnants of some old wiring that was never true to begin with. 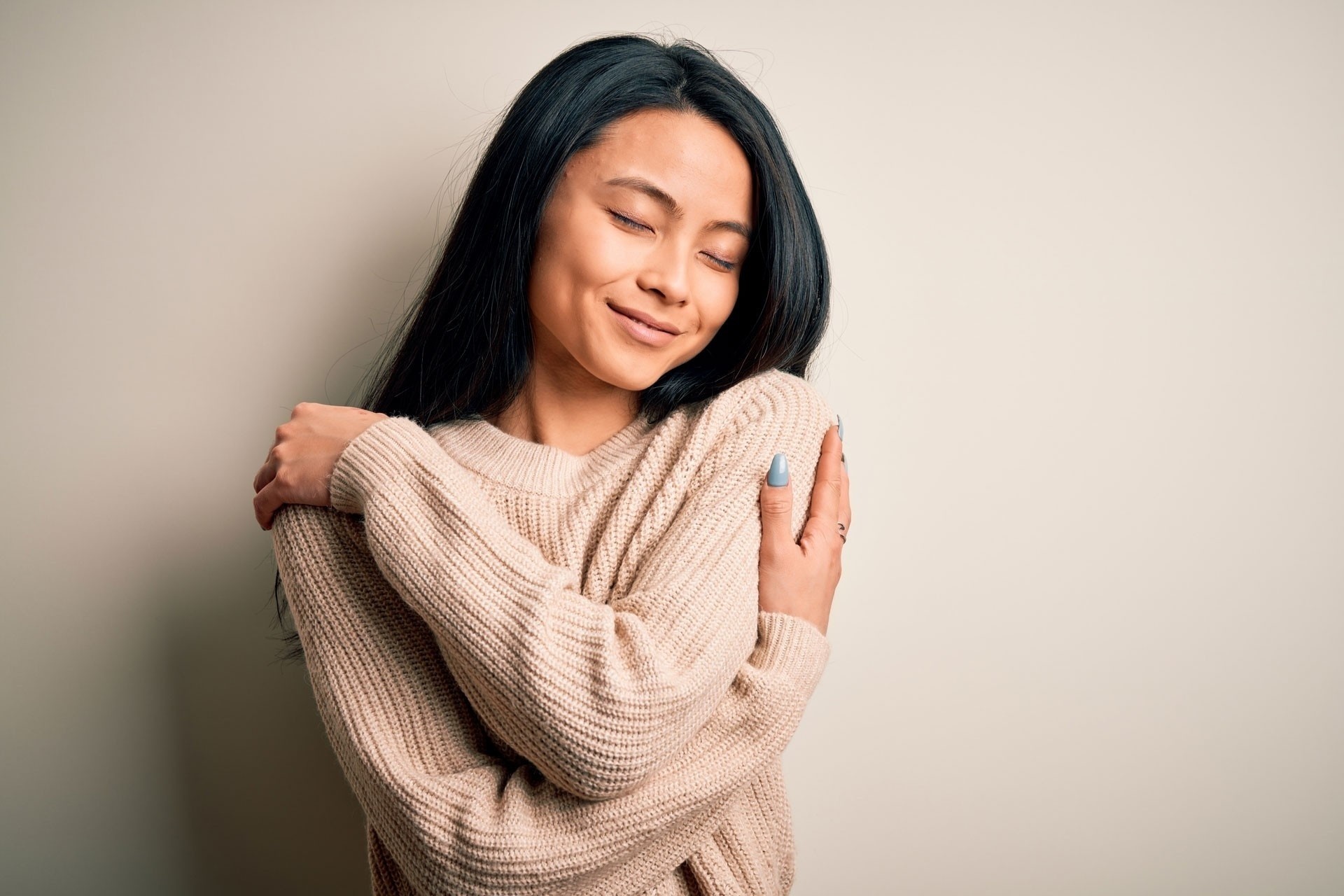 I can help you with overcoming:

Blocks to abundance, fear of failure and/or success, procrastination and "Imposter Syndrome"

And help you heal from:

Aftermath of Near Death Experience, Narcissistic Abuse, Past Trauma

As well as support your ability to:

Slow down the aging process, increase cellular regeneration, improve your skin, hearing and vision and mental acuity and memory, grow longer, thicker hair and increase metabolism while helping you learn to eat intuitively. 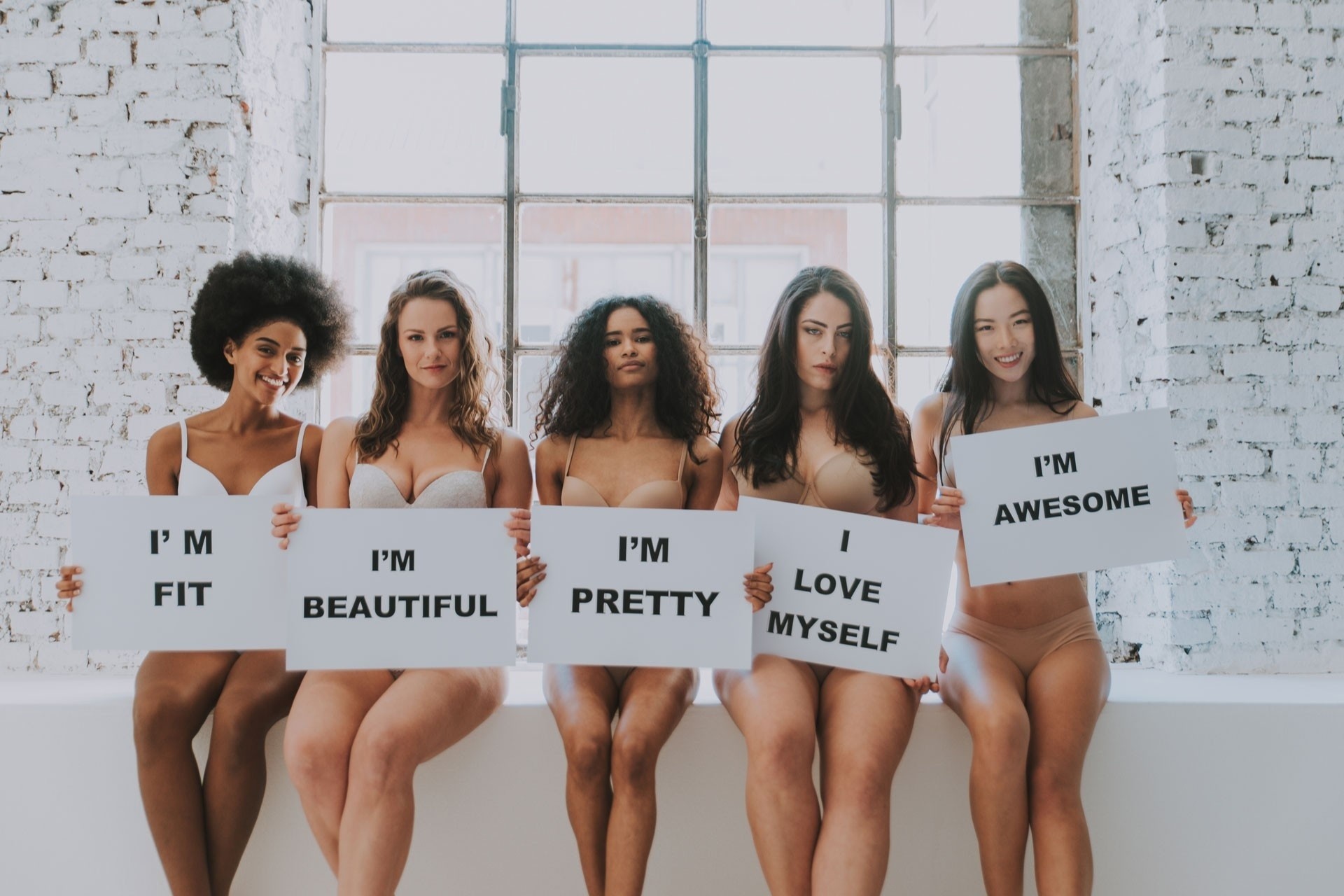 I can help you with:

Increasing your metabolism and motivation

Heal your relationship with food and with your body 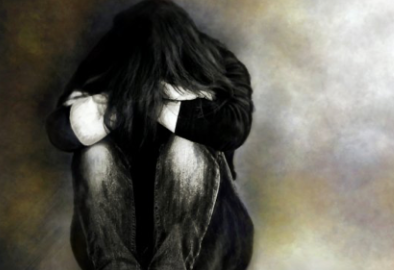 The damage that shaming and bullying causes is difficult to observe because the very nature of it requires a person to keep it hidden.  And yet, that is precisely what causes it to grow, become an emotional abscess…the very act of not feeling safe to speak about it often keeps the victims from even seeking help and this only results in further emotional injury.  Let me help you release this burden of shame and guilt, reinstall your self-worth and once again move through the world with your head held high and your heart no longer broken. 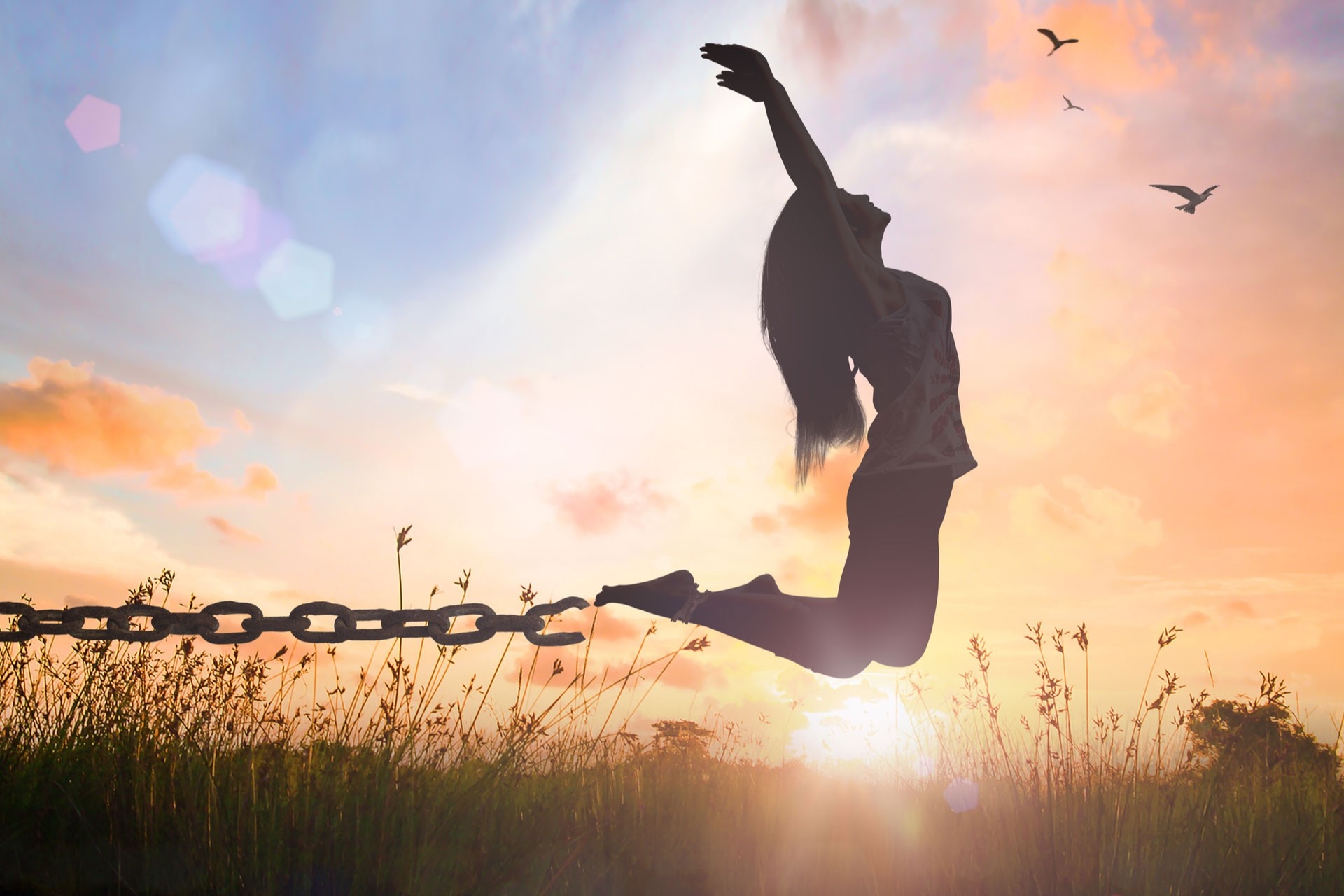 For those of you on a more inclusive healing journey, I offer the option of a 3 month hypno-coaching program.

Hypnocoaching is recommended for those healing from past trauma, abuse, eating disorders and those piecing their lives back together after a near death experience. 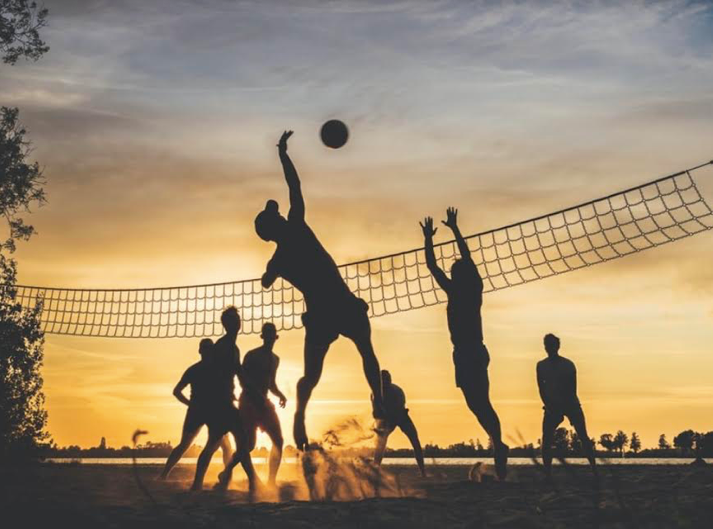 Group or Individual Hypnosis to:

Improve Communication Among Staff or Team

Tell Me More
Book Your Discovery Call Today To See How We Can Work Together!

I have had some deep-rooted diet issues for as long as I could remember. I had no idea where the issue came from, but thanks to Kryssa, the cause has been determined and I am well on my way to a much healthier lifestyle.
Kryssa is very knowledgeable on many subjects, but I can certainly attest to her knowledge with nutrition and areas related to that. Without her help I would not have been able to overcome my extreme denial and even a little bit of a phobia. Everyone's experiences will be different but I would so highly recommend giving hypnotherapy a try; it could trigger a major life change like it has for me. 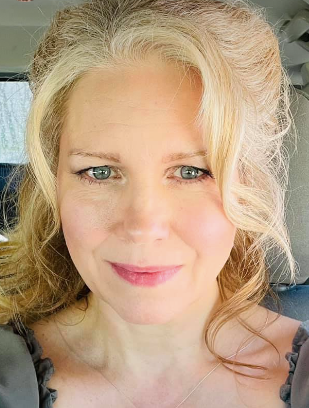 I, myself, survived narcissistic abuse, have struggled with anxiety,  weight issues, (anorexia in my teens, bulimia in my 30's and later overeating in my 40's) body image issues as well as learning to establish healthy boundaries within relationships.

I also healed a lifelong bleeding disorder solely with hypnosis!

My academic background is in Applied Psychology and Women's Studies with an emphasis on Human Sexuality.

Hypnotherapy changed my life...and it can change yours, too! 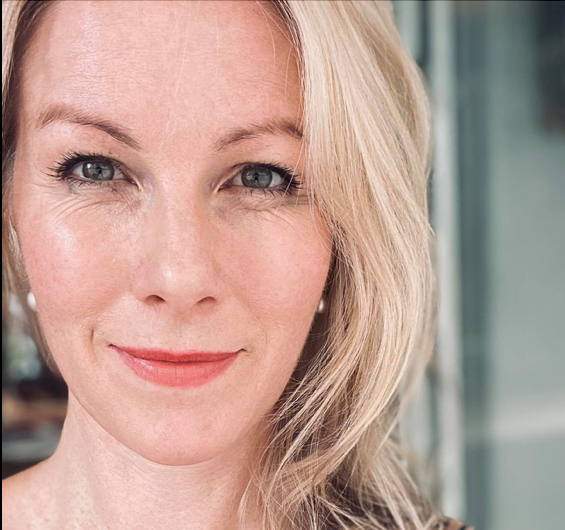 I had a session with Kryssa earlier this year. As an RTT Practitioner myself I am very discerning about to whom I entrust my subconscious mind.

I was experiencing a difficult patch in my life and was being triggered in ways that I knew had something to do with something much deeper, something that despite doing work on myself, I couldn’t unearth.

I completely surrendered myself into Kryssa’s capable hands and she held a beautiful safe space for me over Zoom allowing me to go very deep very quickly.

In past sessions I had only ever gone back to scenes that I had conscious memory of but with Kryssa I went back to the womb! It was one of the most intense, beautiful, releasing experiences of my life that gave me freedom and understanding.  So many unanswered questions that I had ben grappling with my whole life were answered and put to rest within me.

The freedom from the issue I came with was immediate and permanent.

The wonderful recording Kryssa made for me helped to solidify the transformation.

Kryssa naturally has wonderful intuition and compassion but she is also extremely skilled at her craft. This gave me full confidence in her allowing me to really surrender to the amazing process that is Rapid Transformational Therapy.

I am so grateful to Kryssa and I highly recommend her."
~Natalie Ryan Hebert

WE'RE HERE FOR YOU

Whether in person or online 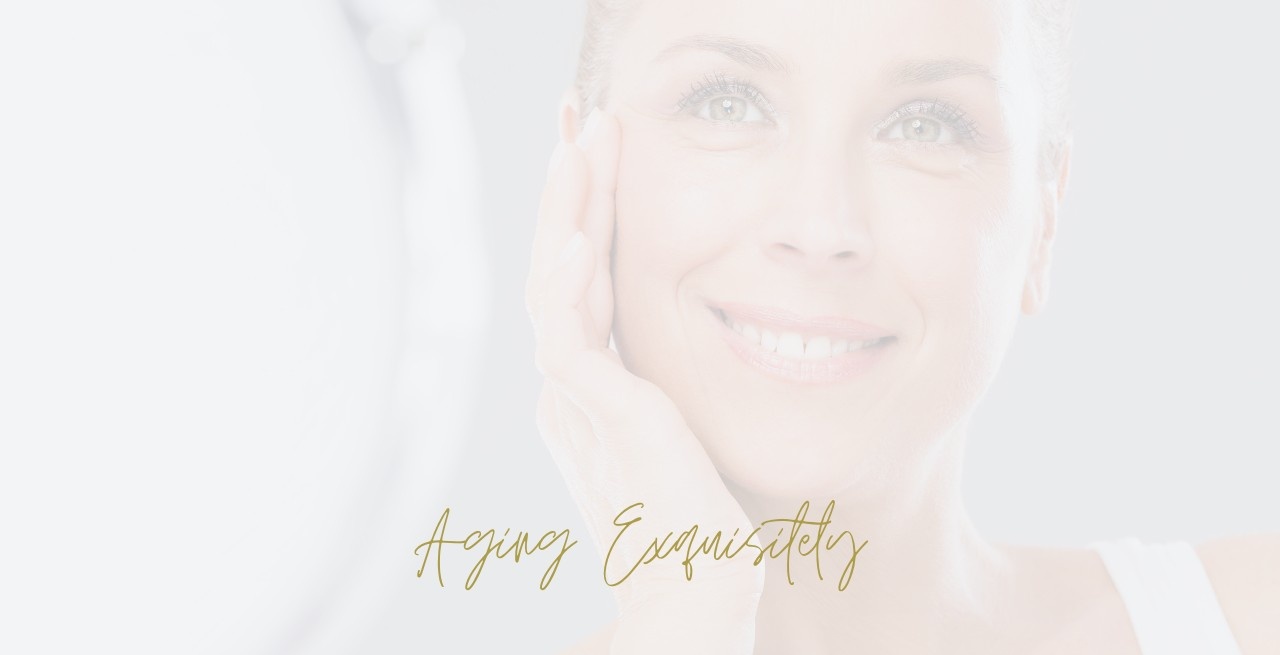 Thank you for signing up for my mailing list. I will only be sending you emails when I have an exciting new offering!